ONLY ONE COPY IN THE US

A very good copy, tall, crisp and clean, of this most uncommon C16 reference text on the controversial question of indulgences. Walenty Widawski (Valentinus Laurentius Vidaviensis) (1537-1601) was a theologian, philologist and professor at the Jagellonian University in Cracow. His ‘Generalis Controversia de Indulgentiis’ is a masterful summa of the meaning, function, regulations and theology of papal indulgences. In the letter to the reader, Widawski attacks heretics who ‘fearlessly, stupidly, and impiously deny, desecrate, attack and persecute holy indulgences’. The fundamental point of the work is that with strong faith in confession a Catholic can request an indulgence from God and be granted absolution. The ‘Controversia’ is divided into questions, conclusions, corollaries, and examples concerning issues like the necessity of indulgences for justification, Lutheran polemics, the theological tradition of indulgences and their typological counterparts in the Old Testament, the benefits of prayer, fasting, and alms for the penitent, and the notorious tenet that ‘indulgences are worth as much as they sound’, depending on the authority, intention and willingness of the guarantor rather than solely on the piety of the receiver and the just cause for which they were requested. The last part contains an oration in which Widawski defends Scholastic theology not only from the attacks of the Protestants but also from Catholics like Erasmus, even though Scholasticism had successfully survived in Reformation and Counter-Reformation Europe alike. The volume is concluded by a beautiful funeral oration composed by Widawski for his late teacher, Marcin Glicius, in which theological and academic arguments are mellowed by Horace’s mournful and gentle reflections on death in ‘Dulce et decorum est pro patria mori’.

Jan Januszowski was the son and successor to the renowned Polish printer azarz Andrysowicz (d. 1577). Their Drukarnia azarzowa in Cracow, the most important printing centre in the Polish-Lithuanian Commonwealth, produced hundreds of high-quality books, of which half in Polish. Jan Januszowski devised the earliest Polish typefaces. 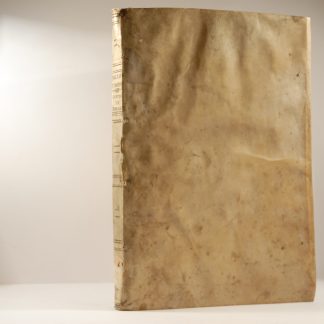