Fine copy of Piero Vettori’s classic commentary on Cato, Varro and Columella. Vettori (1499-1585) was among the most influential Italian humanists and Greek philologists, and editor of works—some of them appearing for the first time in print—by Aeschylus, Cicero, Aristotle and Euripides, mostly published in Paris and Lyon. ‘Explicationes’ was intended as an appended commentary with references to specific phrases and lines in Vettori’s editions of Cato, Varro and Columella’s works on husbandry, agriculture and farming, with which it was sometimes bound (see Renouard 55:2). These were known collectively as ‘De re rustica’—a florilegium addressed to a C16 readership interested in the classical rustic virtues of landownership and practical aspects of country life, covering topics as varied as the best place to set up a beehive, horticulture, remedies for dogs with flees and sick horses, ways to scare snakes off stables and regulations for workers. Marcus Porcius Cato’s (234-149 BC) ‘De Agri Cultura’ (c.160 BC) was a manual on the management of a country estate reliant on slaves, with a special interest in the cultivation of vines. Marcus Terentius Varro’s (116-107BC) ‘Rerum rusticarum libri tres’ was based on his direct experience of farming. A soldier and farmer, Lucius Moderatus Columella (4-70AD) is best known for his ‘Res rustica’, one the cultivation of vines and olives, farming and estate management, and the shorter ‘De arboribus’, on horticulture. Vettori compares his edited text to a variety of sources. These included epigraphic inscriptions and ms. variants in Latin and Greek found, for instance, in the Bibliotheca Medicea, easy access to which he had enjoyed since 1538, when he was appointed professor of classics in Cosimo I de’ Medici’s Studio Fiorentino. 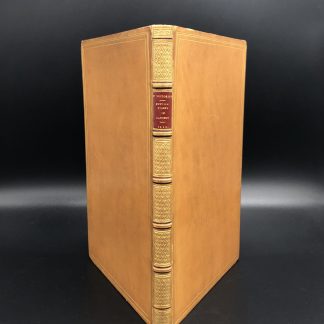