ROBERTS, Alexander A treatise of witchcraft. VVherein sundry propositions are laid downe, plainely discouering the wickednesse of that damnable art…

Rare first edition of this important and fascinating treatise on witchcraft by Alexander Roberts, of particular interest for its account of the witch Mary Smith of King’s Lynne, Norfolk, her trial and execution. “In 1616, bishop Alexander Roberts joined the burgeoning ranks of European demonologists .. with his short ‘Treatise on Witchcraft.’ This text hinges around a local witchcraft trial of one Mary Smith in King’s Lynne, Norfolk, which Roberts’ had a personal involvement in. .. The trial account is framed by Roberts’ general beliefs about witchcraft, organised in the form of 9 ‘propositions’. He adds his opinion on key arguments in demonology such as why women are disproportionately accused of witchcraft; and the source of a witch’s powers (which Roberts believes to be the devil, whose own powers in turn are permitted by God). Roberts has clearly read widely, citing most of the main witchcraft writers from England and Europe, and backing his arguments with diverse sources such as the Bible and classical literature. …Roberts introduces the maligned Mary Smith as a jealous woman who resents her neighbours for being better than her at her trade (cheesemaking). The devil supposedly appeared to her in the form of a ‘man’, who tempted her into renouncing God in exchange for gaining magical power over her fellow villagers. .. Mary, like most people accused of witchcraft in this period, seems to have suffered from the unlucky combination of a natural ‘distemper’ and an exceptionally shrewd eye. For instance, after her first ‘victim’, John Orkton, hit her son, Mary ‘wished in a most earnest and bitter manner that his fingers might rotte off’. This rather specific wish did indeed come true: nine months later ‘his fingers did corrupt, and were cut off; as also his toes putrified & consumed’. …Others among Mary’s ‘victims’ were struck after petty neighbourly disputes. Mary believed one Elizabeth Hancock had stolen her hen, and grumbled at her, after which Elizabeth found she could not eat and began to waste away. Mary. confessed to the charges brought against her and was sentenced to execution. .. As preacher, it was one of Roberts’ duties to visit Mary in her last days, during which time he resolved to write his treatise and prayed for her in the hopes of overcoming the influence of the devil. On a day marked by ‘distemperate’ bad weather, Mary was led to the scaffold (witches in England were not routinely burnt, but rather hanged) where she asked God for mercy. Roberts seems to look more favourably on Mary for this, telling his readers that by unburdening her soul she will be saved.” Holly Kelsey, -Shakespeare birthplace trust.The work is of particular interest in its view of women. “Alexander Roberts, in his ‘Treatise of Witchcraft’ in 1616, listed those attributes of women which made them prone to witchcraft. They outnumbered males by a hundred to one, he declared, because they were more credulous, desired to know improper things, were more open to receive the impressions offered by the devil, talked too much, were more prone to sin, and were generally thoroughly nasty pieces of work when crossed.” Philip C. Almond. ‘England’s First Demonologist: Reginald Scot and ‘the Discoverie of Witchcraft’.This most interesting work is particularly rare; ABPC records only this copy at auction in the last 40 years. 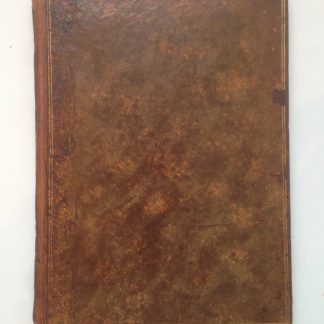