A very good and fascinating copy of the important editio princeps of Pindar’s victory odes, with contemporary annotations in Greek. This is the basis for most subsequent editions, elegantly printed with a larger Greek type than that usually employed by Aldus.

Pindar (c. 518-438 BC), a native of Thebes, was one of the greatest Greek lyric poets. Highly regarded in antiquity, he was defined by Quintilian and Horace as ‘inimitable for the rich exuberance of his language and matter, and his rolling flood of eloquence’. Pindar composed forty-four victory songs to be performed by a choir during the formal celebrations at the four panhellenic athletic festivals. These are here published for the first time, grouped into four books named after the Olympian, Pythian, Isthmian, and Nemean Games – held respectively at Olympia, Delphi, Corinth and Nemea. This edition, dedicated by Aldus to his friend and poet Andrea Navagero (1483-1529), also includes the 1dition princeps of Lycophron’s poem ‘Alexandra’ and the second editions of the hymns of Callimachus (first 1494) and of Dionysius’ geographical treatise ‘De situ Orbis’ (first 1512).

The earliest annotation is the monogram ‘ΦΚ’, composed of the two Greek letters ‘F” and ‘K’, which usually stands for the name ‘Phocas’. The cross in between the two letters presumably indicates a connection with a church or a religious order, and it is possible that the monogram belonged to a priest. In Venice, St. Phocas was venerated as patron saint of sailors and he is portrayed in a famous 13th century mosaic in the atrium of St. Mark’s Church. ‘San Foca’ is also a small town located not far from Venice which takes its name from the saint, and a priest and traveller ‘Giovanni da San Foca’, a native of this town, is known for having written a journal of his journey from Udine to Venice in 1536. The volume was then owned by Bartholomeus and Gregorius de Paduanis, most likely two members of the De Padovani family of Brescia, a noble family of Venetian origins. Bartolomeo de Padovanis was a physician and author of many works who died in 1560, while Gregorio was an abbot and prior of the monastery of St. Eufemia della Fonte. “Carolus Scarella” may be the erudite Italian priest and poet Carlo Scarella, also native of Brescia (1705-1769).

The ms. inscriptions on the flyleaves of the volume, in different neat and calligraphic hands, contain erudite quotations from different authors concerning Christian faith and the achievement of knowledge, wisdom and virtue. Noteworthy are the Greek verses by the Italian humanist Politianus (1454-1494), composed and published only 15 years before, which read: ‘For the powerful jaws of time devour all other things, but wisdom alone is, for us, without decay”. A thought-provoking aphorism of Musonius, defined ‘wise’, is copied below: ‘If you perform an honourable action with labour, the labour is soon over, but the honour remains; if you perform a dishonourable action with pleasure, the pleasure soon goes away, and the dishonour remains”. Hesiod’s famous verses concern the path to virtue, which is long and steep at the beginning, then easy to walk once one reaches its summit. The marginalia to Pindarus’ Greek text include erudite explanations of obscure poetic images and clarifications on difficult aspects of the language, for example the poet’s use of the Doric dialect. 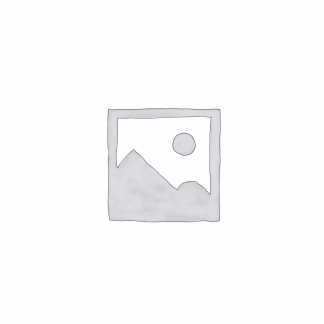