MANWOOD, John A treatise of the lavves of the forest.

London, Printed [by Adam Islip?] for the Societie of Stationers, Anno Dom., 1615

Third edition, enlarged, of ‘the earliest treatise of English Forest Laws, and invaluable to students and lovers of ancient sport’ (Schwerdt). Apart from its legal content it is one of the most informative works we possess on hunting and hawking as practised in Elizabethan England. The work begins with definitions of “Forest”, “Chase”, “Parke” and “Warren”. Chapter 2 is on the royal perogative and chapter 4 discusses the beasts of venery and the chase. Chapters 7-14 are on legal matters such as ‘meeres and bounds’, ‘wast’ (cutting down the trees), ‘assarts’ (removal of trees to create arable land), ‘purpersture’ (building of houses withing the forest,) ‘agistment’ (feeding of swine within the forest) and ‘pawnage’ (money due to be paid for ‘assignment’) Other chapters are devoted to “Of keeping of Dogges within a forrest”, hawking and hunting, trespassers, and also a discussion of the ‘purlieu’ or pourallee, (or ‘purallee’ as it appears on the title page), that is the ground adjoining the forest. The laws governing the forests and the pourallees differed greatly: ‘Men may not fell nor cut downe their woodes within the Regard of the Forest, without licence of the King, nor otherwise improve their landes, nor, no man may in any sort hunt, chase or disquiet, the wilde beasts of the forest without some warrant or aucthoritie derived from the King; But those, that have woods and lands within the Pourallees, they are without the regard of the forest and therefore they are absolutely free from the bondage of the forest, in respect of felling of their woods, and converting of their meadowes and pastures into arable land and tillage’. The work includes lengthy extracts from charters and ancient records.
“Even John Manwood’s treatise on forest laws, composed in 1592, was a work of nostalgia. The royal forests were by that time in a state of degradation, infractions all too often going unpunished. Manwood hoped that by defining its origin and purpose reinvigorate old corpus of laws which had once preserved the forests integrity, if not sanctity. .. John Manwood .. laid out in systematic fashion the ancient laws pertaining to the afforestation and preservation of the wilderness. He admitted that a few of the ancient laws were still being enforced, and he lamented the widespread laxity regarding their enforcement. One could say that Manwood undertook to defend those laws not so much because he was a monarchist but because he was a naturalist. Only the Monarch, he thought could save the wilderness from the ravages of human exploitation. .. We cannot review here the wealth of facts and detail which fills this extraordinary work of love, but some of Manwood’s remarks about the forest law should be brought forward for the historical as well as symbolic significance.”
Manwood (d.1610) was a barrister of Lincoln’s Inn, gamekeeper of Waltham Forest and justice of New Forest. Originally issued for private circulation, under the title ‘A Brefe Collection of the Lawes of the Forest’ in 1592, ‘the first published edition of this excellent work, much enlarged and improved, appeared in 1598’ (DNB). An extremely popular work, it underwent several reprints and revisions. 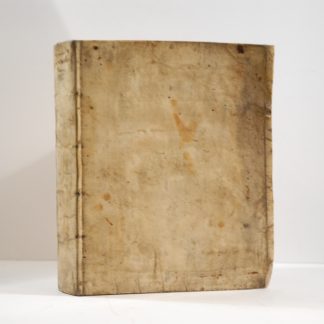