i) FIRST ILLUSTRATED EDITION of a fascinating and exhaustive treatise on monsters of nature, amply illustrated with remarkably detailed and frequently disturbing engravings, with dates and locations to add authenticity. Beginning with an explanation of what it means to be a monster, the work then progresses through monsters of various different kinds. Book One contains those that have supposedly actually existed, in living memory or in history. While some are relatively conventional, suffering from congenital abnormalities, such as lacking or gaining limbs, or born with extra digits, others are more unusual, born with an extra face or torso in the stomach, one child was born in Rome with the head of Anubis. Others are more fantastical, with human heads attached to equine bodies and a cat with human legs growing ‘e parte posteriore.’ Ancient authorities are cited, i.a. Plutarch claiming to have witnessed the birth of a centaur. Purely animal abnormalities are also discussed and illustrated, with multiple limbs, heads and even tongues described as remarkably commonplace for every species from pigs to hens. The reasons for deformation being less common in plants than animals are pondered, describing ears of corn with 15 heads and trees which grow countless different flowers. It concludes with a breakdown of the ten different sorts of monsters: lacking, contorted, headless, conjoined, oversized, undersized, many-limbed from its own species, many-limbed from different species, of combined species, and half-demons. Book Two focuses on abnormalities, looking at those born without faces and lips or limbs and necks, with outsized or single eyes and deformed limbs. Various different pairs of conjoined twins are also illustrated, a remarkable achievement considering the extreme rarity of such a condition. Contribution to early scientific knowledge assured, Licetus then moves on to more imaginary creations, with limbs sprouting at all angles, ears on shoulders, eyes in backs and vertically amid the hair of heads, with hooves and horns and trunks. Finally an examination of the mythical monsters of various cultures is made, with raven-child hybrids and lizard men. The work is the earliest to address malformations of the embryo and acknowledging chance and heredity as probable causes, Liceti pioneers science over divine retribution. 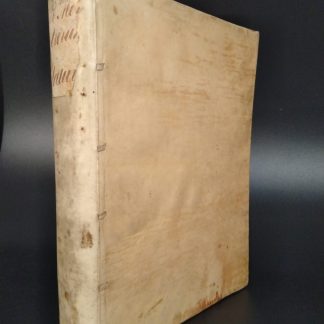