DONNE, John Ignatius his Conclave or his inthronisation in a late election in hell: wherin many things are mingled by way of satyr

A very good copy of the rare third edition in English, the first published with Donne’s name on the title-page. “Donne’s ‘Conclave Ignatii’ or ‘Ignatius his Conclave’, an attack on Bellarmine and the Jesuits, the third of his controversial writings, though the second to be published, was composed in 1610 and published in early 1611 … Conclave Ignati is a vigorous, amusing, and sometimes scurrilous satire, but it received little notice from Donne’s biographers until it was discussed in Gosse’s book. .. It has been suggested that the form of the Satire was to some extent derived from the ‘Satyre Ménippe’, and its supplement ‘le Supplément du Catholicon, ou nouvelles des regions de la lune’, 1595. Although the book was anonymous until 1634 there is in the Epistle ‘The printer to the reader’ a veiled reference to the Pseudo-Martyr. .. The first edition of the English version was also published in 1611, having been translated, in Healy’s opinion, by Donne himself. The rendering was free, but the book, having been thought out and composed in Latin, was not readily recast, so that the English version has lost some of its edge. Donne himself, as implied in his preface regarded the book as too undignified a production to be publicly acknowledged, though his name appeared on the tittle-pages of the English editions published after his death.” Keynes. “John Donne’s Ignatius His Conclave is a satirical attack on the Society of Jesus, which was founded in 1540 by Ignatius of Loyola. Printed anonymously in 1611, the work appeared in both Latin and English just months apart; the former, a duodecimo edition with the title Conclave Ignati, was entered in the Stationer’s Register on 24 January, and the latter, also printed in duodecimo, on 18 May. … T. S. Healy points out that although the dates of publication for the English and Latin versions do not indicate which text was written first, the English was most likely” Altman, Shanyn Leigh. “Ignatius his Conclave”. The Literary Encyclopedia.“In the prose satire ‘Ignatius his Conclave’, Donne positions Ignatius of Loyola, the founder of the Jesuit order, as the villain of his story, competing with various figures to enter the coveted ‘secret space’ in hell, the room where one would be closest to Satan’s throne. Toward the end of the satire, Donne imagines that the universe, newly expanded by Copernicus, Galileo and Kepler, will allow the Jesuits, in the near future, to colonise the Moon. As Lucifer explains, ‘Galilaeo the Florentine’ will ‘draw the Moone, like a boate floating upun the water, as neere the earth as he will,’ so that ‘all the Jesuites [can] be transferred’. Donne’s demonstration of the colonizing power of the Jesuits, however humorous, carries with it a serious undertone, in particular anxieties over the Protestant role in the conquest of both the new World on earth and the new world(s) in space.” Judy A. Hayden ‘Literature in the Age of Celestial Discovery: From Copernicus to Flamsteed.’“Cholmley Turner was a wealthy country gentleman, with properties in Northallerton and along Tees side, as well as lead mining interests in the North Riding. Returned as a Whig MP for Northallerton in 1715, he followed Walpole into opposition in 1717..” The History of Parliament. 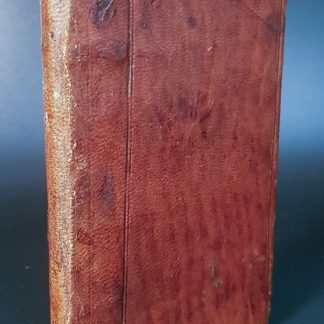