First complete edition, one of four variant issues, of this important history of the Kingdom of Naples by the Poet and lawyer Angelo di Costanzo, written at the suggestion of his friend the poet Sannazzaro. Costanzo lived in the refined literary circles of Naples, and fell in love with the beautiful poetess Vittoria Colonna, to whom he dedicated much poetry. His great work, ‘Le Istorie del regno di Napoli,’ was the fruit of forty years labour. It is one of the best histories of Naples, distinguished by its clearness, simplicity and elegance. His history, in twenty books, details the period from 1250 (the year of the death of Frederick II) to 1486 (the year of the war of Ferdinand I of Naples with the Duchy of Milan). The first eight books were printed in Naples in 1572, and the complete work at Aquila in 1581-2. It is especially renowned for its record of the period of the reign of Joanna I of Naples. “As Costanzo was born little more than a century after the death of Joanna, he might, without any great stretch of probability, have acquired much of his information from the grand-children, if not the children, of those who took part in the events of her reign; and in his introduction he tells us himself, that he wrote his history in part from a journal, kept by the Grandfather of the Duke of Montelone, of the public transactions of the Kingdom of Naples in the time of Joanna, and continued by his successors till the death of Alphonso the first. A similar work had supplied his account of those from the death of Frederic the second of Swabia, to that of Charles the second of the Angevine line. Costanzo commenced his history of Naples, at the suggestion of the celebrated Sannazzaro, and other eminent scholars, who were disgusted by the falsities and absurdities of the fabulous history of Collenuccio…. From Sannazzaro, Costanzo received many ancient documents, and much useful information. .. His style is remarkable for a forcible brevity and simplicity, which seems to convey the undisguised dictates of truth; and his character for fidelity and accuracy has never been questioned. .. His history is rather the recital of exploits and fortunes of individuals, than the chronicle of the vicissitudes of a monarchy; and a chivalrous interest is therefore attached to his personages, resembling that excited by the chronicles of Froissart, or the Florentine Annals of the Villani.” ‘Historical Life of Joanna of Sicily, Queen of Naples.’ Count Giuseppe Francesco Ignazio Attems (1686-1721), was Baron of Heiligenkreuz, Imperial Chamberlain at the Austrian Court, and owned considerable estates in northern Italy. 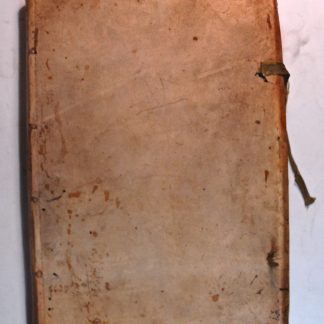