CALTHROPE, Charles. The Relation Betweene the Lord of a Mannor and the Coppy-Holder his Tenant.

Important legal work by the English Crown official and judge Sir Charles Calthrope, or Calthorpe (c.
1540-1616). Calthrope entered Lincoln’s Inn in 1560 and was called to the bar in 1569. He was an
MP for Eye in 1572, and was later appointed Attorney General for Ireland as an ally of Sir John
Perrot, the Lord Deputy. Calthrope’s position as Attorney General was met with considerable
criticism and resistance due to his alleged partisanship, inefficiency, minimal legal knowledge and a
lack of deference to his Irish contemporaries. Despite this, Crawford has suggested that he may not
have been as terrible as he is portrayed in contemporary accounts; their criticism may have been
because of his English identity and opposing political beliefs to the Irish members of the court
(Crawford, Jon. A Star Chamber Court for Ireland – the Court of Castle Chamber 1571-1641, 2006).
Indeed, on the title page of the present volume Calthrope is proclaimed as “the late Excellent and
Famous lawyer Char. Calthrope of the Honorable Society of Lincolnes-Inne Esq.”, though this
assertion may have some bias.

This work discusses various issues relating to land tenure, including the reasons a ‘coppy-holder’
may forfeit his estate, and which Lord can grant a coppy, and to whom. A ‘coppy-holder’ refers to the
tenant of the bestowed estate. The text is based on his reading at Furnivall’s Inn in 1574. The book is
based on a series of grounds: the first, that there must be a manor for the maintenance of copyhold,
the second, “a custome for allowing the same”, the third there must be a court held for the proof of
the coppy-holders, the fourth that there must be a Lord to bestow the copyhold upon the tenant, the
fifth that there must be a tenant with the capacity to take the tenement, and the sixth that “the thing to
be granted which must bee such as is grantable, and may bee helde of the Lord according unto the
Tenure”.

This publication is one of only six law books known to have been officially licensed from 1581-1640
due to the limited legal licensing system in place for the printing of legal texts during this period. On
top of this, this work was also printed “in contravention of the common law patent.” (Williams, Ian. Law,
Language and the Printing Press in the Reign of Charles I: Explaining the Printing of the Common Law in English, 2019.) 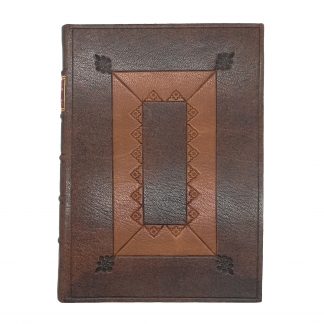